LovePong® is a website and mobile app that supports couples in their relationships. WebBurgh built the website and the apps. Over ten thousand people use LovePong, with roughly 100 new registrations each week. WebBurgh created alternative home pages for LovePong and performed what is called “A/B testing” to see which performed better – hoping to get perhaps a 10% bump in registrations. What we found surprised everyone – that one home page (the more “minimalist” one) outperformed the other by 100% – meaning that twice as many people signed up for the “A” version as compared with the “B” version.

WebBurgh created the LovePong logo, the website, the application, and the mobile apps. 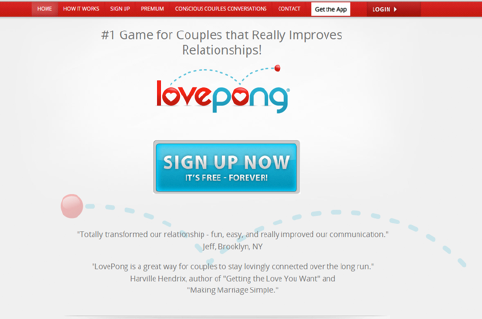 That’s our specialty. Let’s talk about making that happen.