Carol Burnett (The Carol Burnett Show) and Martha Williamson (Touched By An Angel) were scheduled to go on Larry King Live. Their goal was to raise money to renovate a theatre and call it The Carrie Hamilton Theatre, in honor of Carol Burnett’s late, brilliant, beloved daughter. They wanted to have a website to plug on Larry King Live, for potential contributors to donate money for the renovation. The site needed to reflect Carrie Hamilton’s amazing spirit. And they needed it in three weeks.WebBurgh was honored to get the contract, and delivered the site on time, and to everyone’s satisfaction (no mean feat when you consider the subject matter and the artistic desires of the two incredibly talented women involved).

The theatre was ultimately constructed. In fact, the legendary Frank Geary actually volunteered  his time to design the theatre. 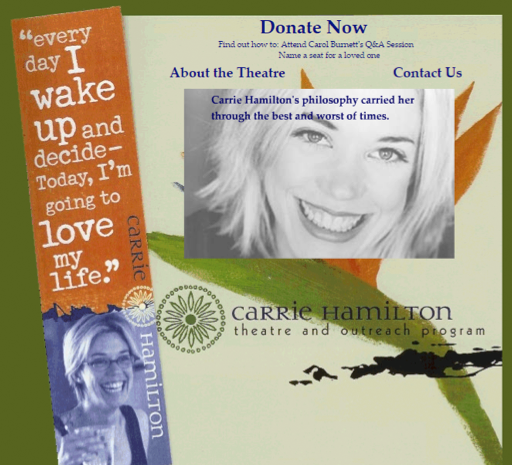 Is Your Company Famous?

Let’s work on that together.